Chester V is one of the main in Antagonists in Steven's rp Wiki. He is a tall man in a orange vest and black pants and shoes. He has tanned skin, short white hair, scrawny arms and legs, and wears glasses. He is deceptive and manipulative, and he will do whatever it takes to further his goals. His Debut is Ten Minutes To Doom. His a Mad Scientist who (occasionally) works with one of his enemies: Zim, Chester V who is a Doctor in The Pilot episode, in the Movie he is was 'Pretending' to be a hero so that he can rule the planet but Auto keeps getting in his way and he got eaten by Gir But when he brough back to life by the Night Master and Carl the Evil Cockroach Wizard, he originally was going to get his revenge but now he gives up an joins the heroes side instead.

In Steven's What?, His one of the main Protagonists (along with Mordecai, Zim, Margaret, Gir, Dib and Gaz), they all against Eradicus, Almighty Tallest, Eradicus' Minions and Sizz-Lorr for taking over the world without letting him know, in the battle scene, He beats Rubber Chucky with his own big fists and now gets along with his new hero pals.

he use to voice by Steven Patro, but steven dislikes being a villain, so steven wants Brandon to voice him. His one of the Minor antagonist in Ten Minutes To Doom.

He is deceptive and manipulative, and he will do what it takes to further his goals. He seemed to behave in a way that would suggest he was a follower of one of a number of Asian religions including Shintoism, Taoism, Confucianism, or most likely Buddhism (the same religion followed by Steve Jobs).

In Season 1, 2 and 3, his the one of the main antagonists (along with The Tallest and Dib), His a bit ruthless, greedy, un-nice and even crueler, but when the Night Master is More eviller than him, he decides to be a anti villain and anti-hero.

In Season 4 and 5, he is an anti-Villain, but he can be helpful, intelligent (as always) and occasionally Kind-Hearted man. He maqbe a villain but his also a current good guy, unlike the Night Master and even Eradicus, his also the secondary Night Master.

When all the Heroes and some reformed villains ties to kill him, but unlucky for Chester V his not Immortal or invisible anymore, ten Jason pushes him but didn't vanished. Chester's unsuspected surprise, he falls right through his holograms (despite being a genius) and tries to save himself by hiding in his vest like a turtle. Chester survived the ordeal, but was immediately eaten by the Gir after. 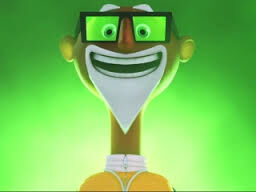 The gallery for Chester V can be viewed here.

Retrieved from "https://stevens-rp.fandom.com/wiki/Chester_V?oldid=5666"
Community content is available under CC-BY-SA unless otherwise noted.